Our team has delivered innovative products across autonomy, aerospace and defense sectors. 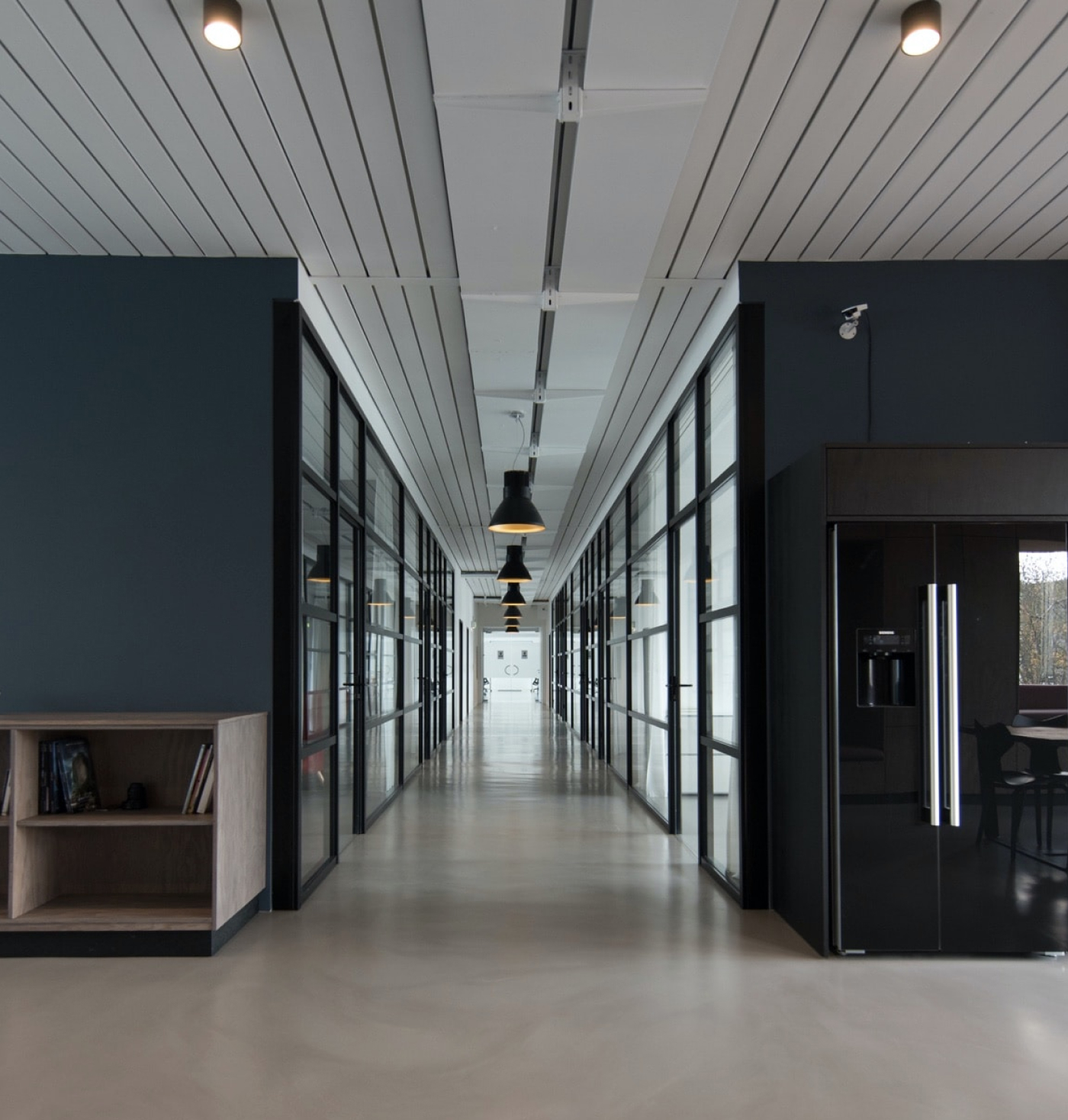 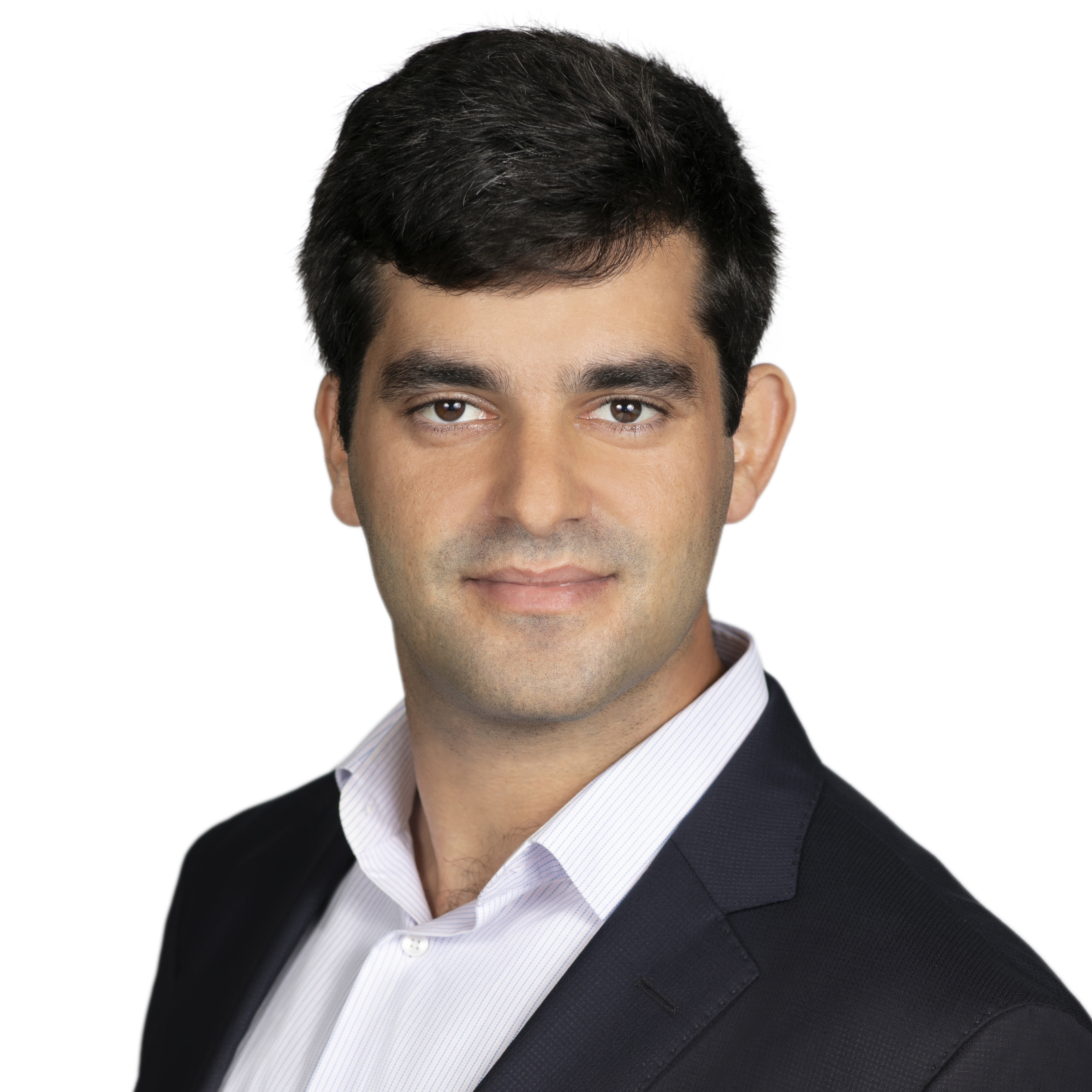 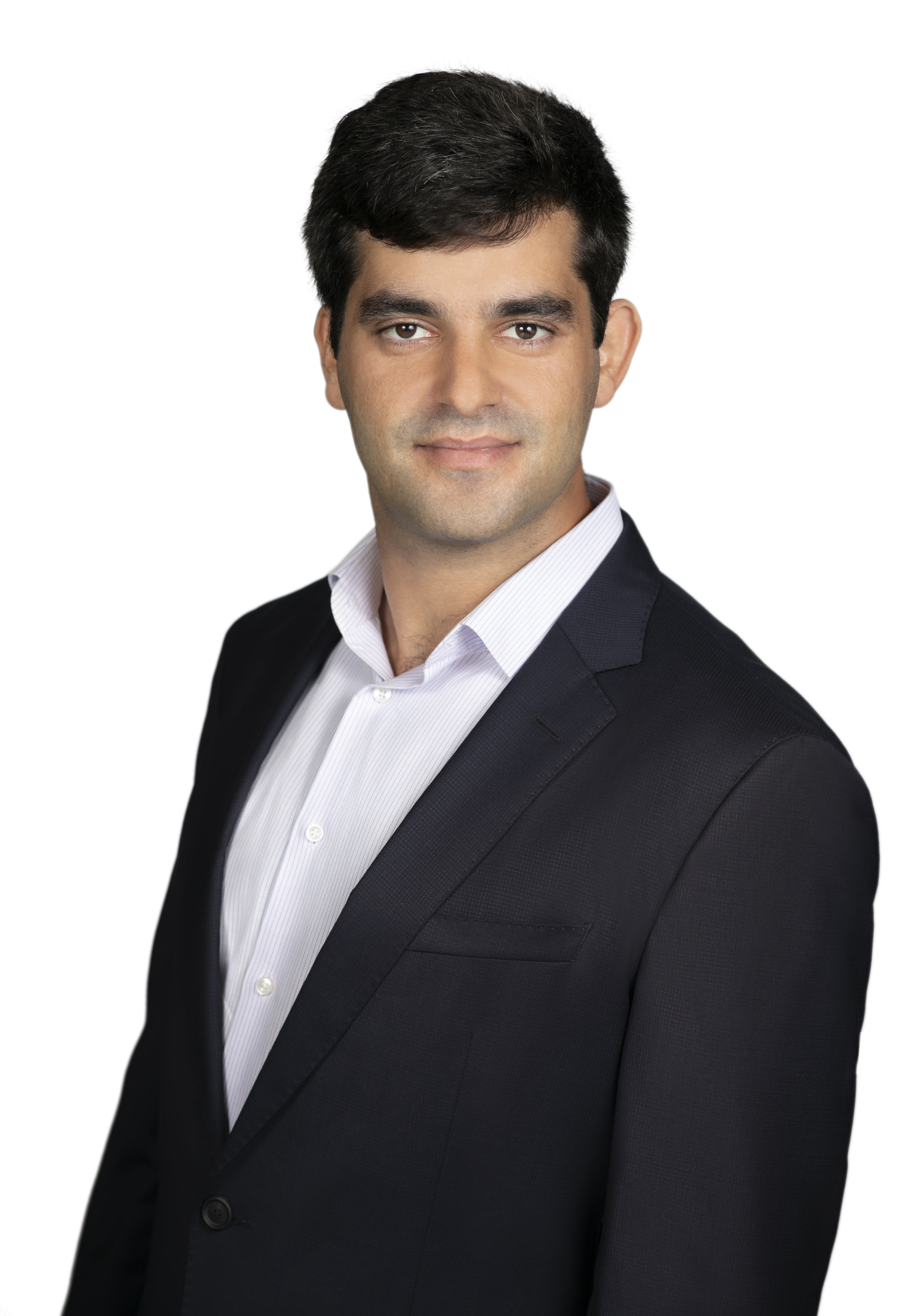 Dmitry Turbiner is a founder, inventor of multiple foundational technologies and a hardware engineer with a BS in Electrical Engineering from MIT and an MS from Stanford University. He dropped out of Stanford in 2016 to found General Radar to revolutionize AI based radar technology for use in autonomous systems and long range perception. Together, the team has developed four generations of radar and one lidar system and is delivering solutions to a variety of problems in both the commercial and defense space.
‍
Prior to Genrad, Dmitry was a Microwave Engineer at NASA/JPL where he served as the Cognizant Engineer for the COSMIC-2/FORMOSAT-7 Mission’s Radio Occultation Antenna Array. Currently, twelve of Dmitry’s Antennas are orbiting on a constellation of six LEO satellites, launched as the primary payload of a SpaceX Falcon Heavy from LC-39A at Kennedy Space Center. 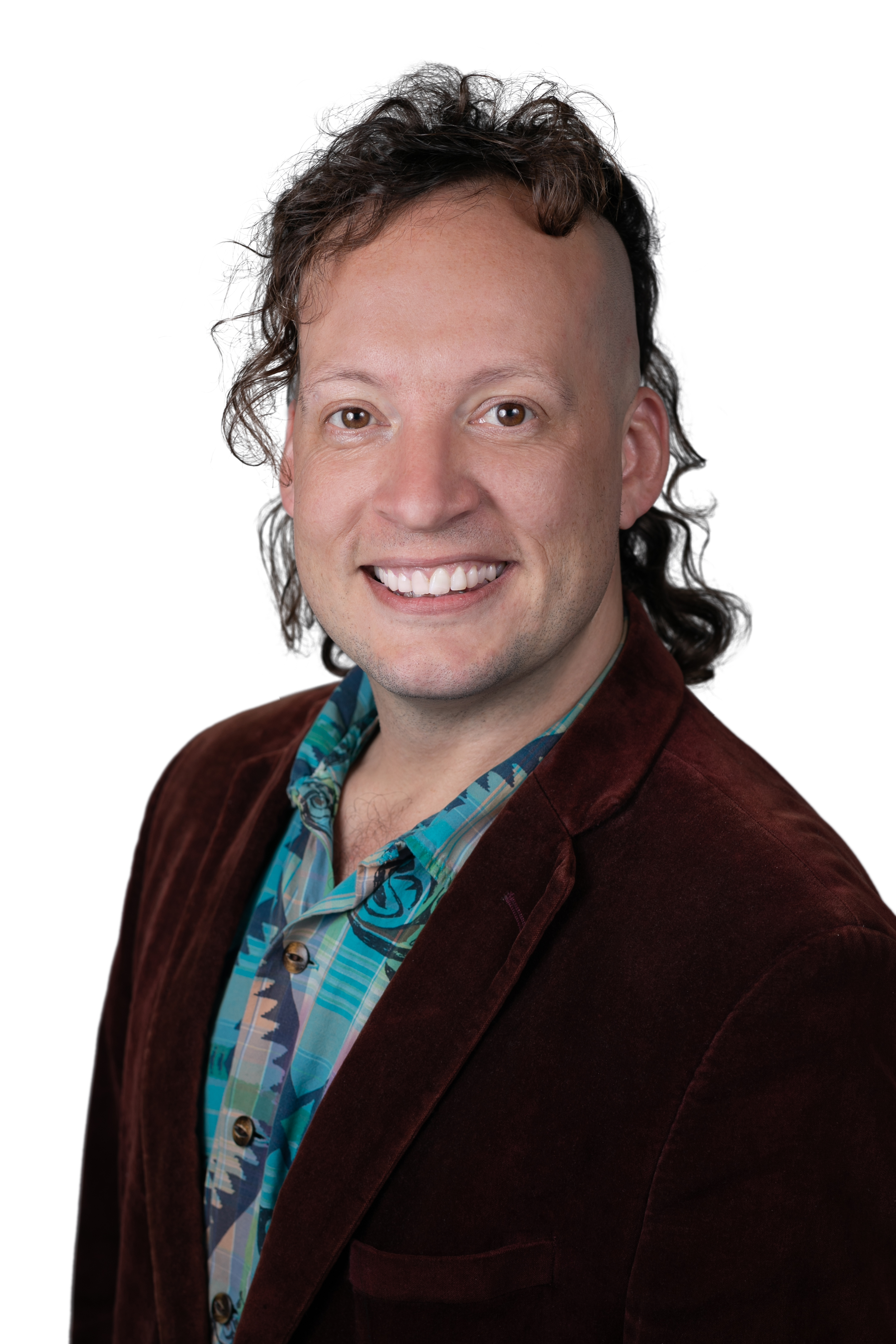 Okie Williams joined Dmitry as Co-Founder and CTO of General Radar in 2016.
‍
Prior to General Radar, Okie worked at Apple, Analog Devices, and a handful of hardware start-ups around Cambridge, MA as both a co-founder and an engineer. Okie holds patents in multiple areas, from sensor data processing algorithms for mobile devices, augmented reality gaming, technology related to micro pick-and-place robots, and radar innovations regarding work at General Radar.
‍
Okie studied EECS as an undergraduate at MIT after which he started a company building custom machine learning chips for robotics applications. 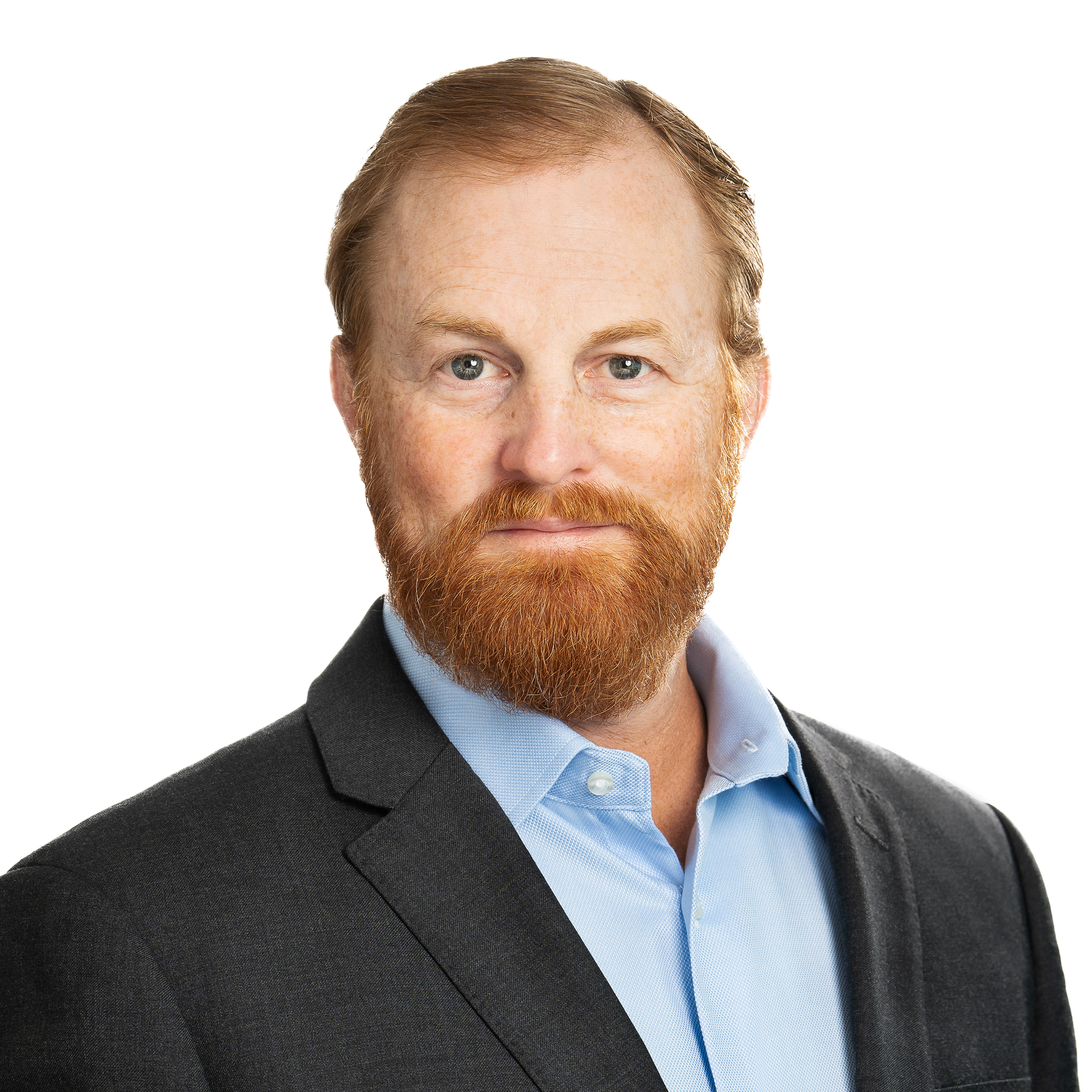 Chip has over 30 years of technical leadership experience in capital equipment, research, and radar development, test, fielding, and sustainment including 4 years at the MIT Bates Linear Accelerator and 22 years at Raytheon Technologies. In his prior role as the Chief Engineer of Strategic Systems and Sensors (S3) for Raytheon Missiles and Defense, Chip oversaw all technical activities of the S3 scope across multiple missile defense programs including radar hardware, software, systems development and production, flight and ground test, modeling and simulations, classified programs, foreign military sales, radar fielding and sustainment, and strategic growth activities.

Chip has been recognized with major awards from both the DoD and Raytheon. His awards include technology achievement awards from the Navy and MDA, as well as the Excellence in Engineering and Technology (EiET) award and two President’s awards from Raytheon.

Chip earned a Bachelor’s degree in Electrical Engineering from Merrimack College in 1993. 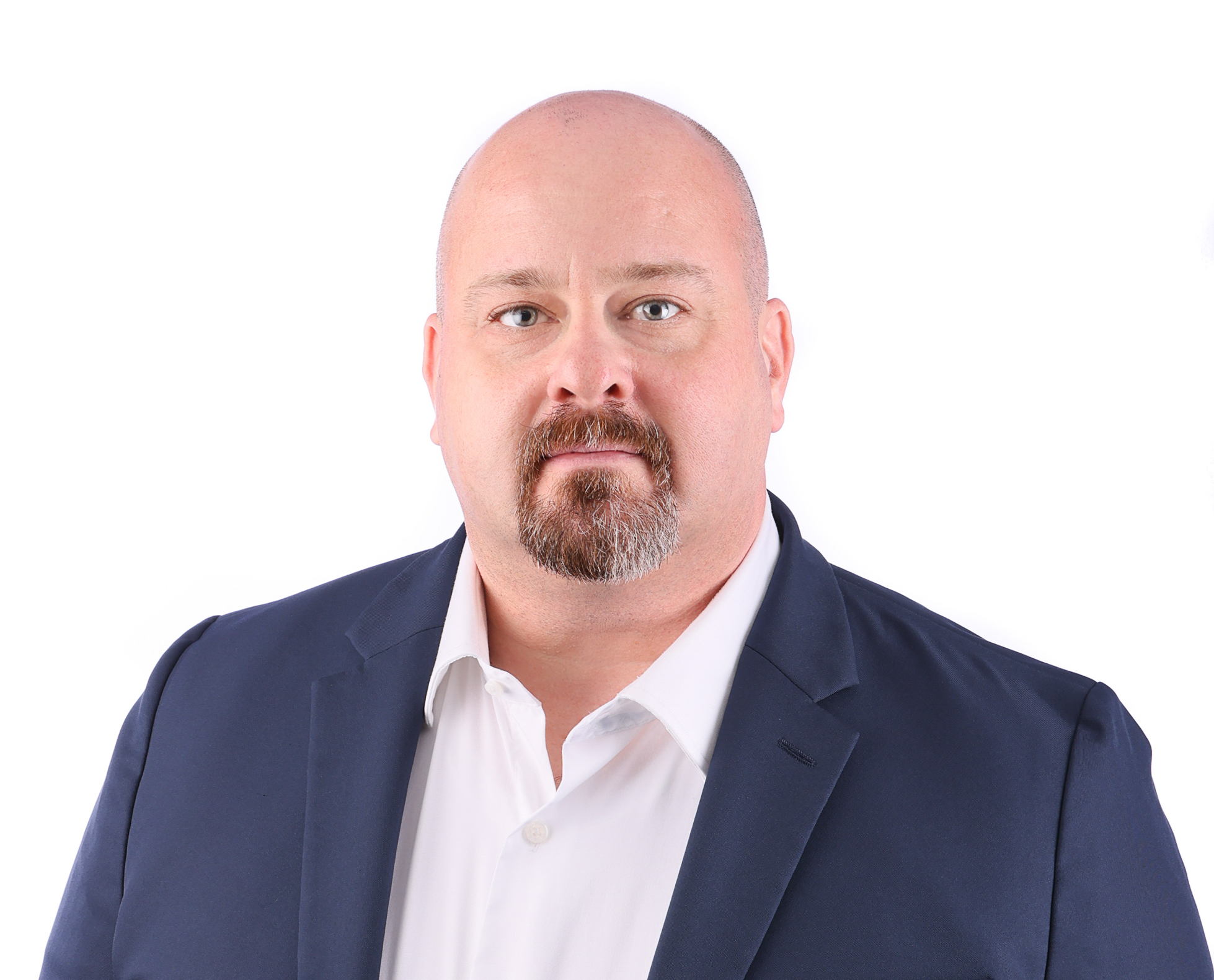 Director of Architecture and Systems Engineering

Director of Architecture and Systems Engineering

Adam joins General Radar as the Director of Architecture and Systems Engineering, bringing to the team over 24 years of DoD radar experience.

Previously, Adam was a Principal Engineering Fellow at Raytheon Technologies, where he was most recently the Technical Director and System Architect for the Lower Tier Air and Missile Defense Sensor (LTAMDS). Prior to that, he was the Technical Director and Chief Engineer for the missile defense radar programs, including AN/TPY-2, the Sea-Based X-band (SBX) radar, the Upgraded Early Warning Radar (UEWR), and Cobra Dane. Adam's expertise includes radar development with focus on target discrimination and resource optimization, flight test, real world operations, and interface development with the external elements of the overall system. Adam started his career at Raytheon in 1998 and also worked at the Lockheed Martin Skunk Works from 2002 - 2003.

Adam was recognized with two Missile Defense Agency Technology Achievement awards and two Raytheon Excellence in Engineering and Technology awards for his work on missile defense radars and systems. 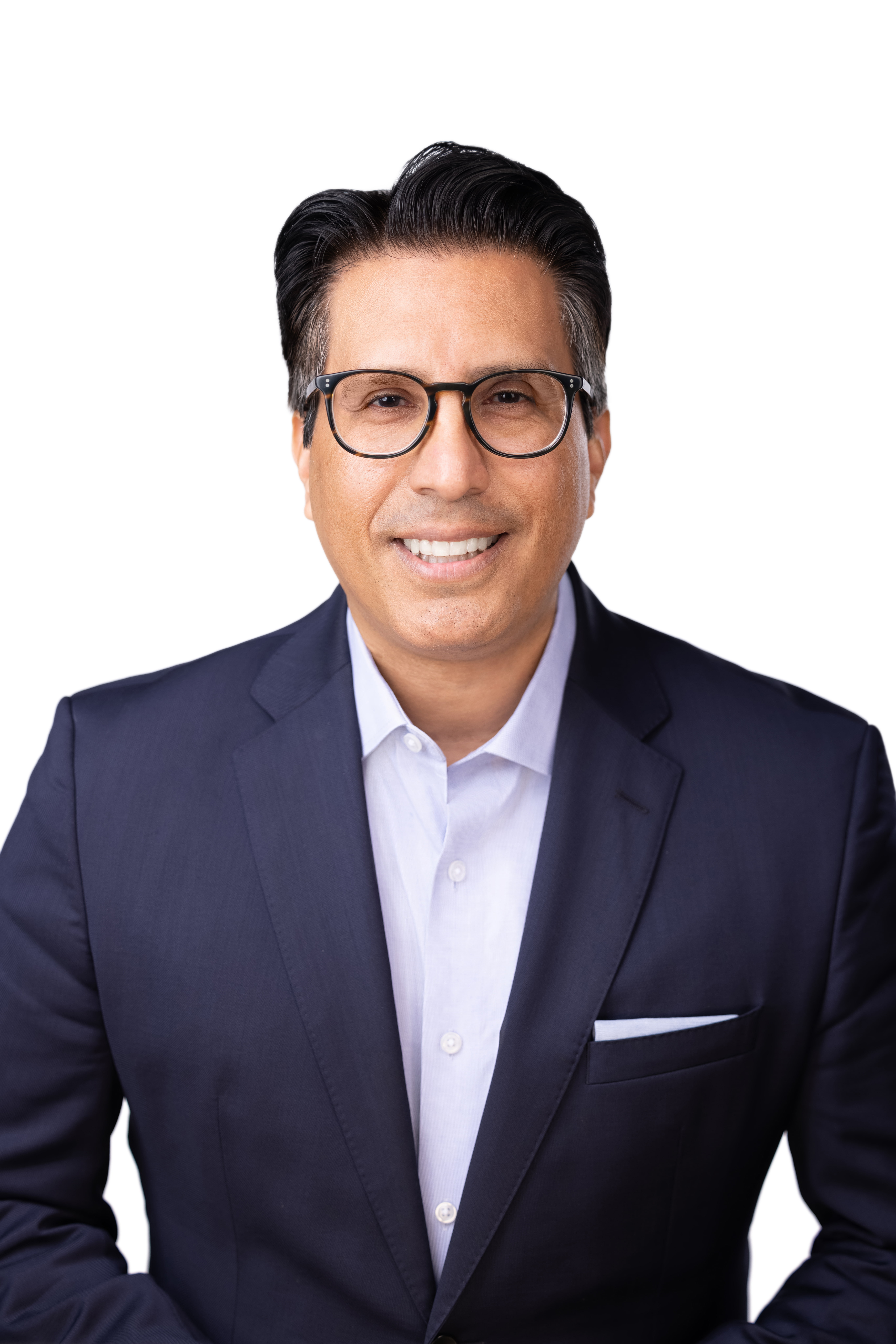 Sergio joined General Radar in 2018 and brings considerable Government and Military experience to the team from his time on active duty as a Naval Officer conducting two overseas deployments and as a Reservist at the Pentagon and deploying to Afghanistan in 2009 and assignment with the Joint Chiefs of Staff supporting the Director of Intelligence.
‍
His achievements include earning the Defense Meritorious Service Medal, Joint Service Commendation Medal, Afghanistan Campaign Medal, NATO Medal, and Humanitarian Service Medal. He was appointed to the Trade Finance Advisory Council by the Secretary of Commerce and Fraud Working Group by the Federal Reserve Board. He is a graduate of the University of California at Santa Barbara and Naval War College. 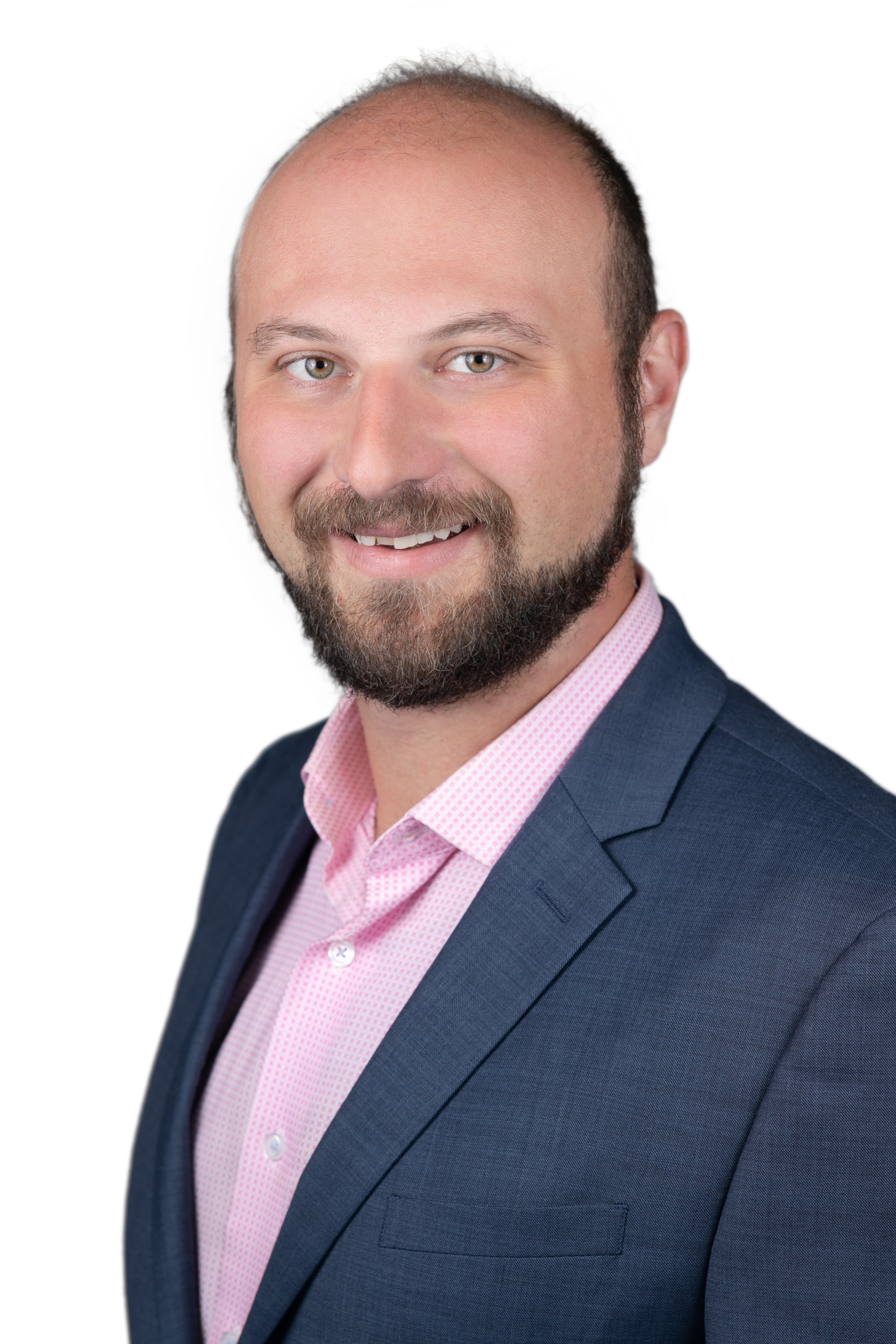 Tools define humanity’s domain and unlock the future, and Cody unifies design and discipline to implement these modern instruments. With experience founding and advising multiple instrument and technology based startups he demonstrates success in architecting and commercializing complex, multi-domain technology enterprises into relevant market positions.
‍
Cody’s roots lie in traditional machine design, learning classic machining in his father’s shop and studying precision machine design and systems at MIT. Previously he founded 3Scan, a company that synthesized high bandwidth imaging and high speed automation to redefine pathology methods. This company successfully exited in an acquisition by Strateos, a leader in lab automation and drug discovery workflows. Notable accolades include a recognition in 2018 by Forbes 30 Under 30 for his work with 3Scan as well as a Guinness World Record in 2011 for manufacture of the World’s Largest Clock. 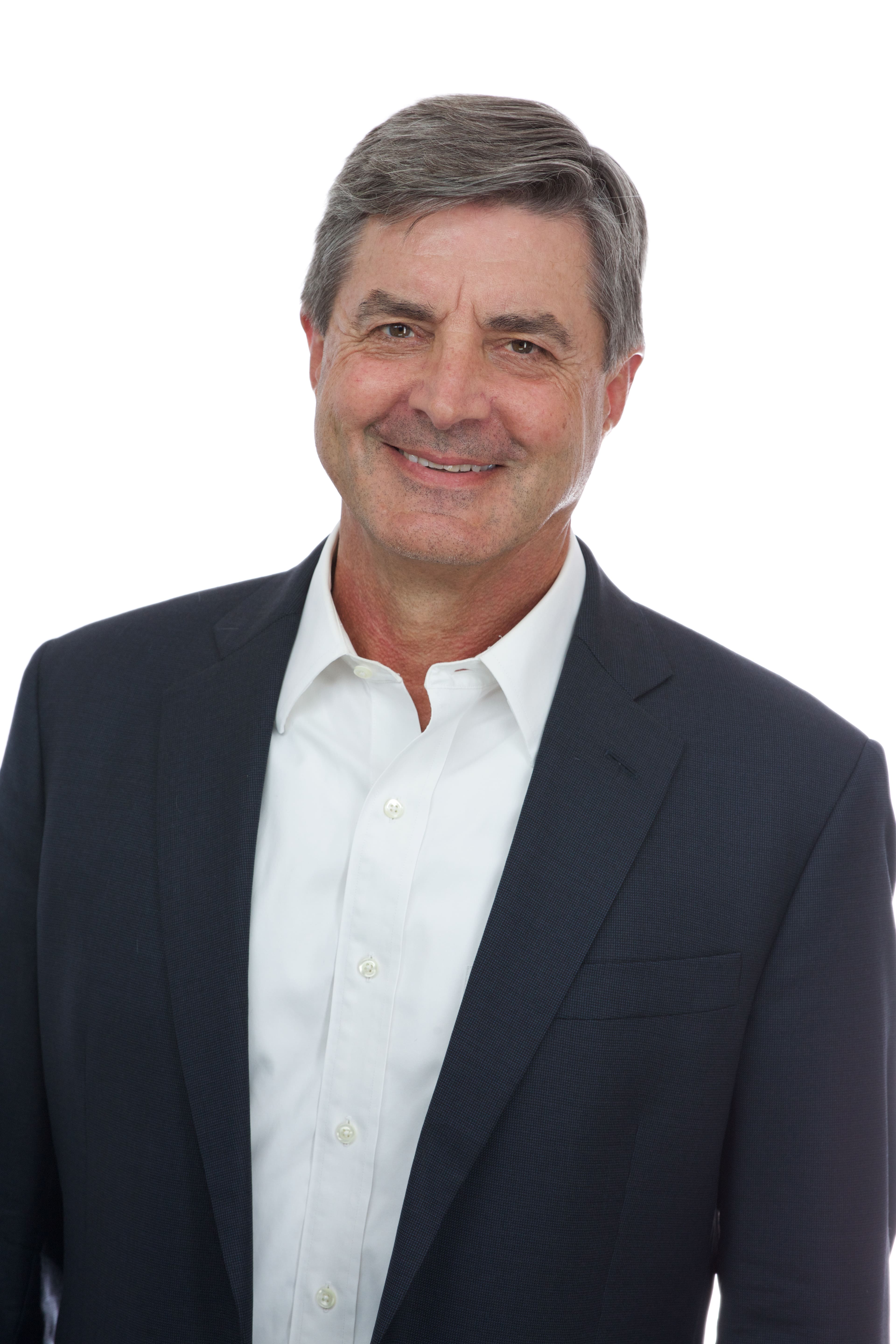 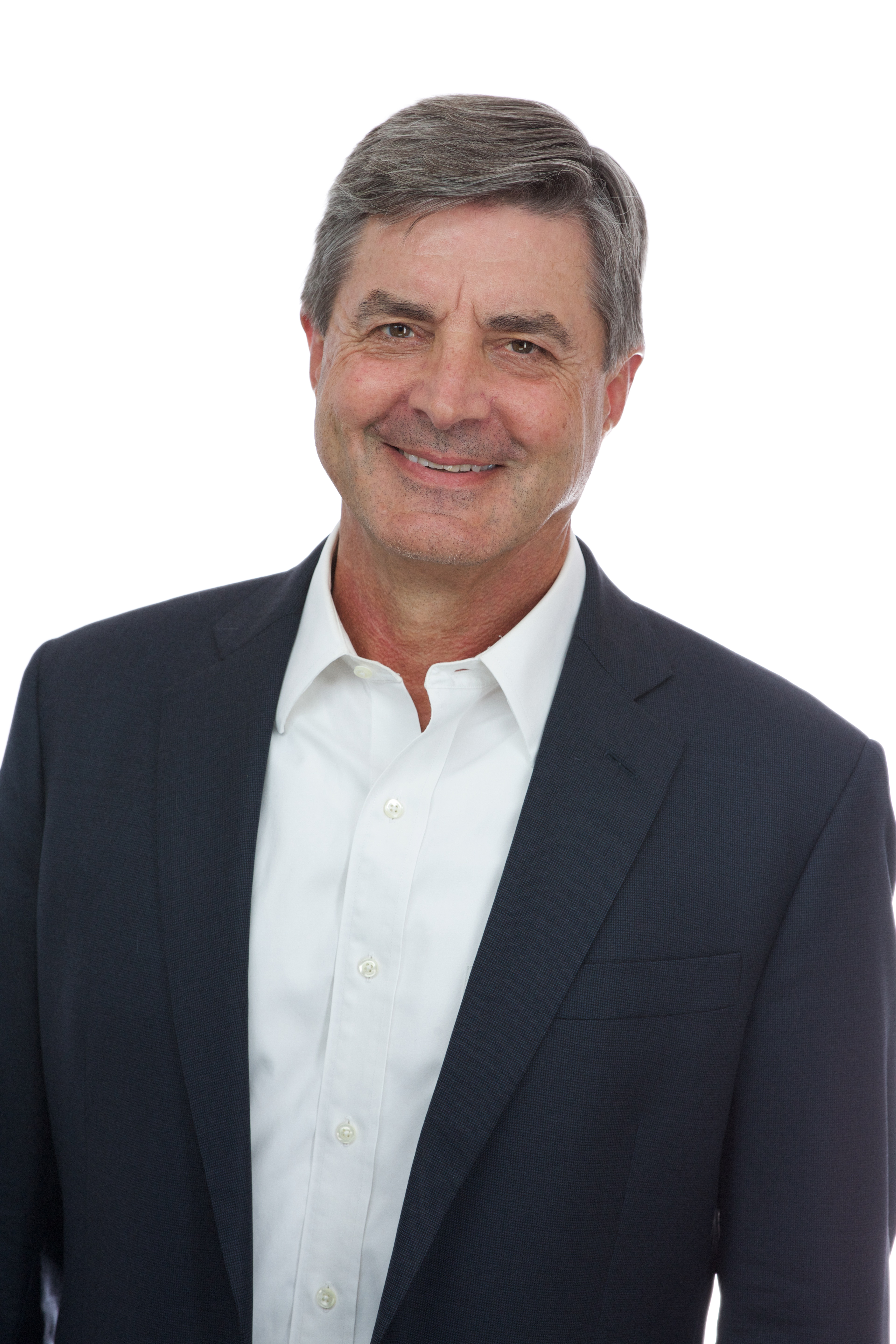 He has served as Executive Vice President in two publicly traded corporations: CSRA (an information technology company acquired by General Dynamics in 2018), and SIGA Technologies (a biotechnology company). Jim was also Chief Corporate Counsel for Chevron Corporation (2008-2012), and twice a partner in the international law firm of Jenner & Block. 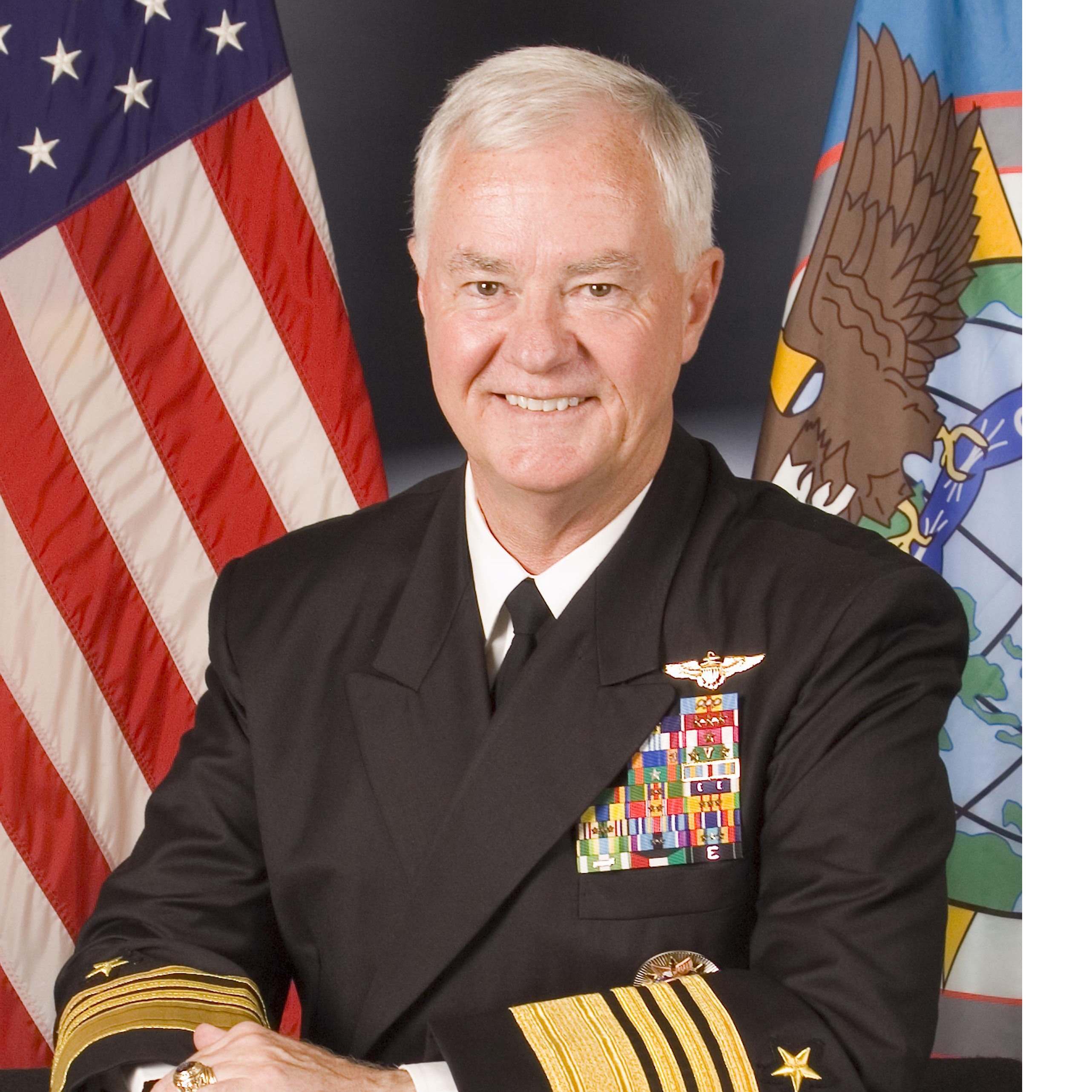 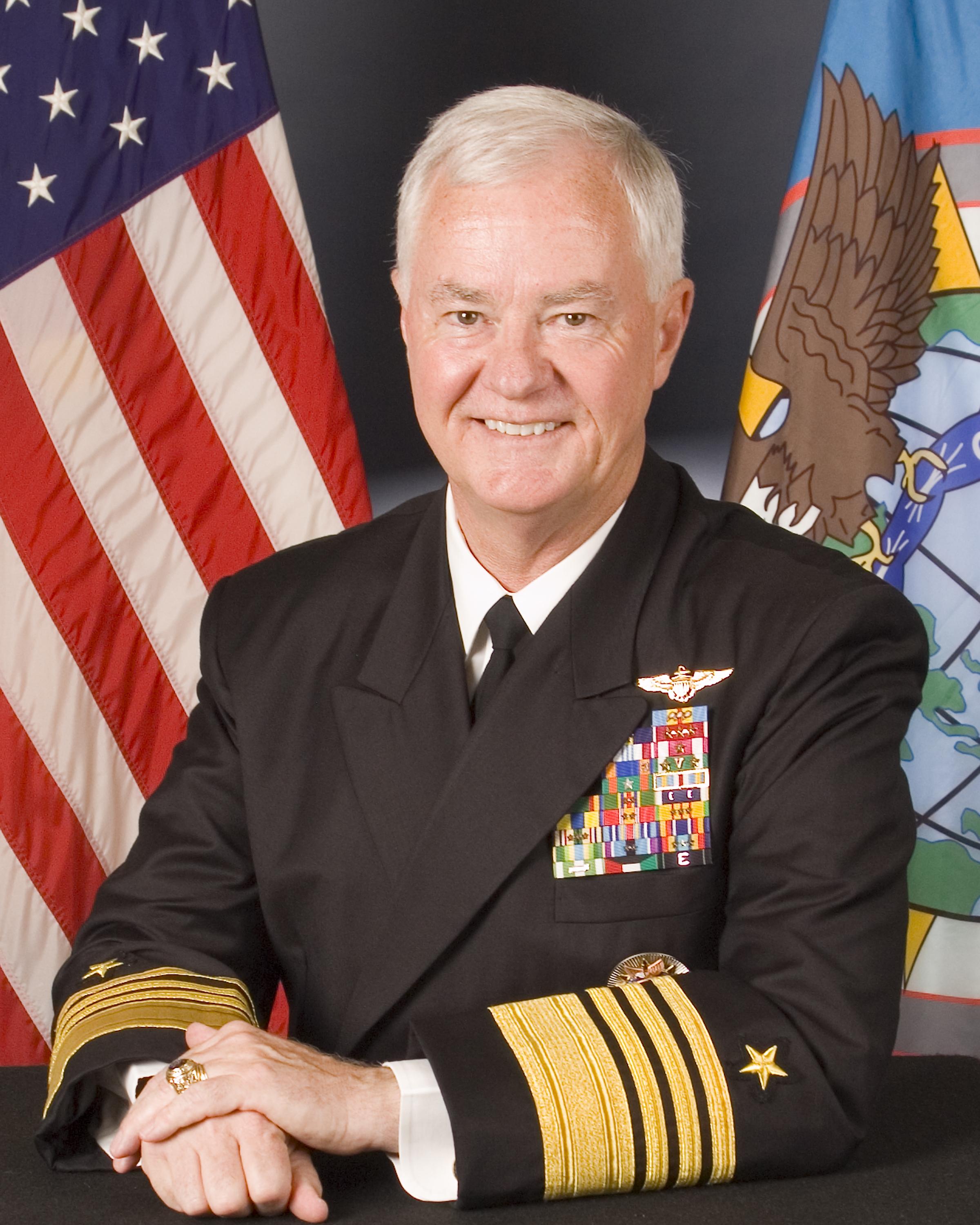 Admiral Timothy J. Keating retired in December 2009 after serving for three years as the Commander, United States Pacific Command, headquartered in Honolulu Hawaii.  His area of responsibility included over 3.4 billion people and half the surface of the earth.  While in command, Admiral Keating visited over 30 countries, meeting diplomats, military officials and commercial leaders to emphasize active engagement with national and international partners in preserving the security and stability upon which the Asia-Pacific region’s success depends.

Admiral Keating is a 1971 graduate of the United States Naval Academy and was a Chief of Naval Operations Fellow with the Strategic Studies Group in Newport Rhode Island.  He has accumulated over 5,000 hours of flight time in tactical jets and has landed on Navy aircraft carriers over 1,200 times.  In addition to numerous awards from the United States, he has received military decorations from Great Britain, Bahrain, Canada, Japan, the Republic of Korea, the Philippines, Taiwan and Singapore.  He is a proud honorary Master Chief Petty Officer in the United States Navy. 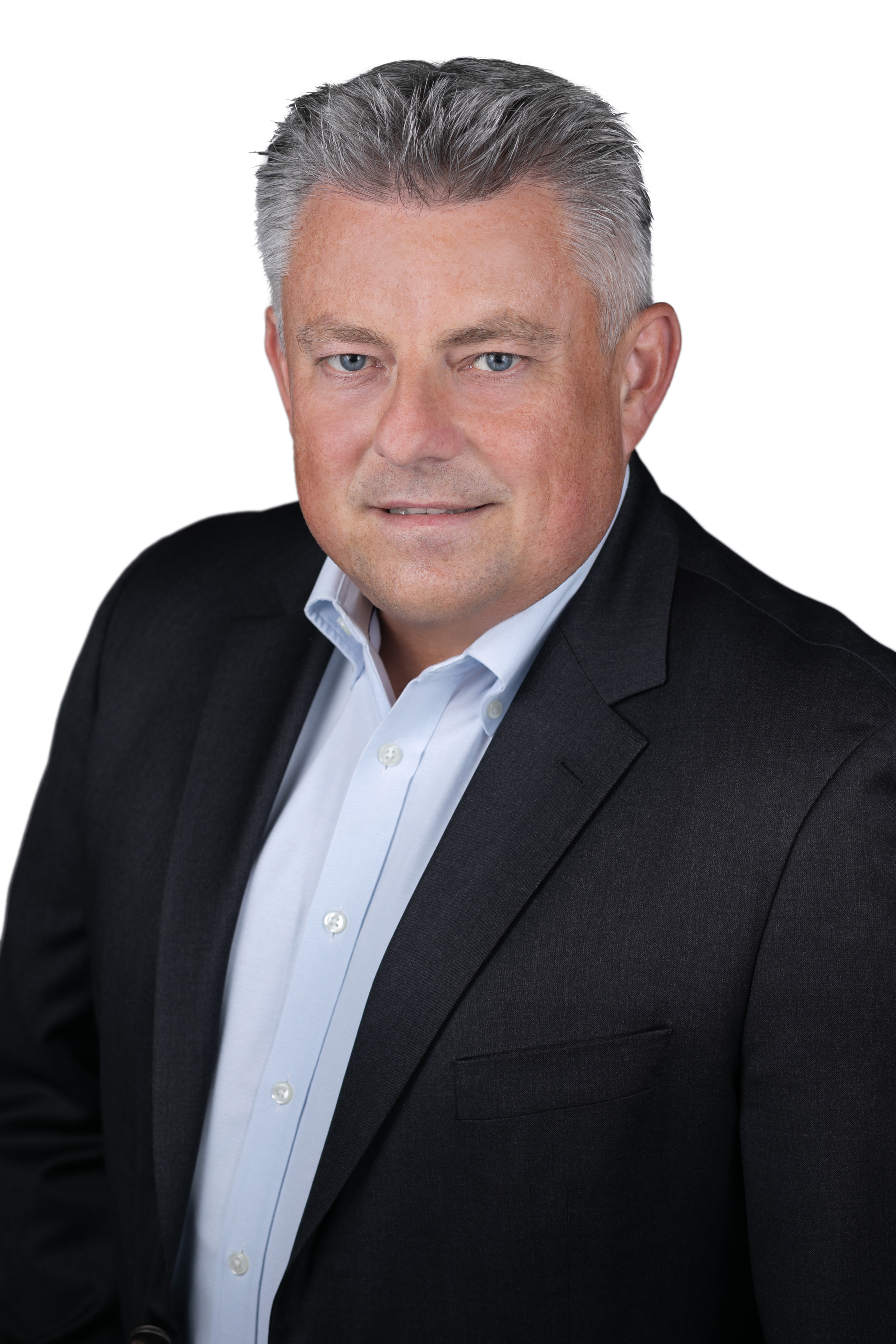 Professor of Electrical Engineering at Stanford University. He joined Stanford in 2004 after completing his Ph.D. degree in electrical engineering at the University of California, Berkeley in 2003. From 1994 to 1997, he was with Neutron Microelectronics, Germany, where he developed low-power and smart-power ASICs in automotive CMOS technology. Since 2004, he has worked as a consultant with numerous Silicon Valley companies. Dr. Murmann’s research interests are in mixed-signal integrated circuit design, with special emphasis on sensor interfaces, data converters and custom circuits for machine learning.
‍
He has served as an Associate Editor of the IEEE Journal of Solid-State Circuits, as well as the Data Converter Subcommittee Chair and the Technical Program Chair of the IEEE International Solid-State Circuits Conference (ISSCC). He is the founding faculty co-director of the Stanford SystemX Alliance and the faculty director of Stanford's System Prototyping Facility (SPF). 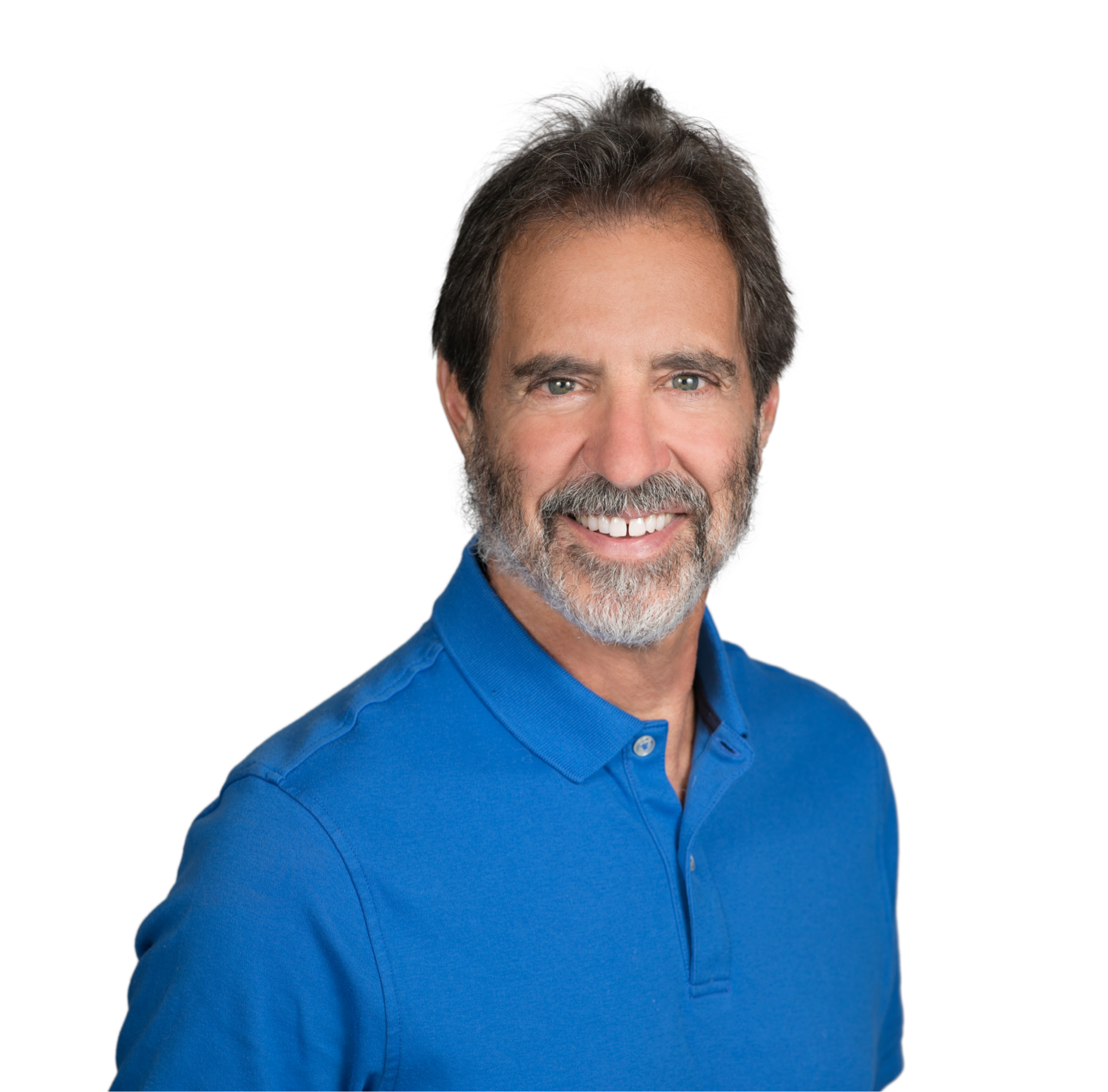 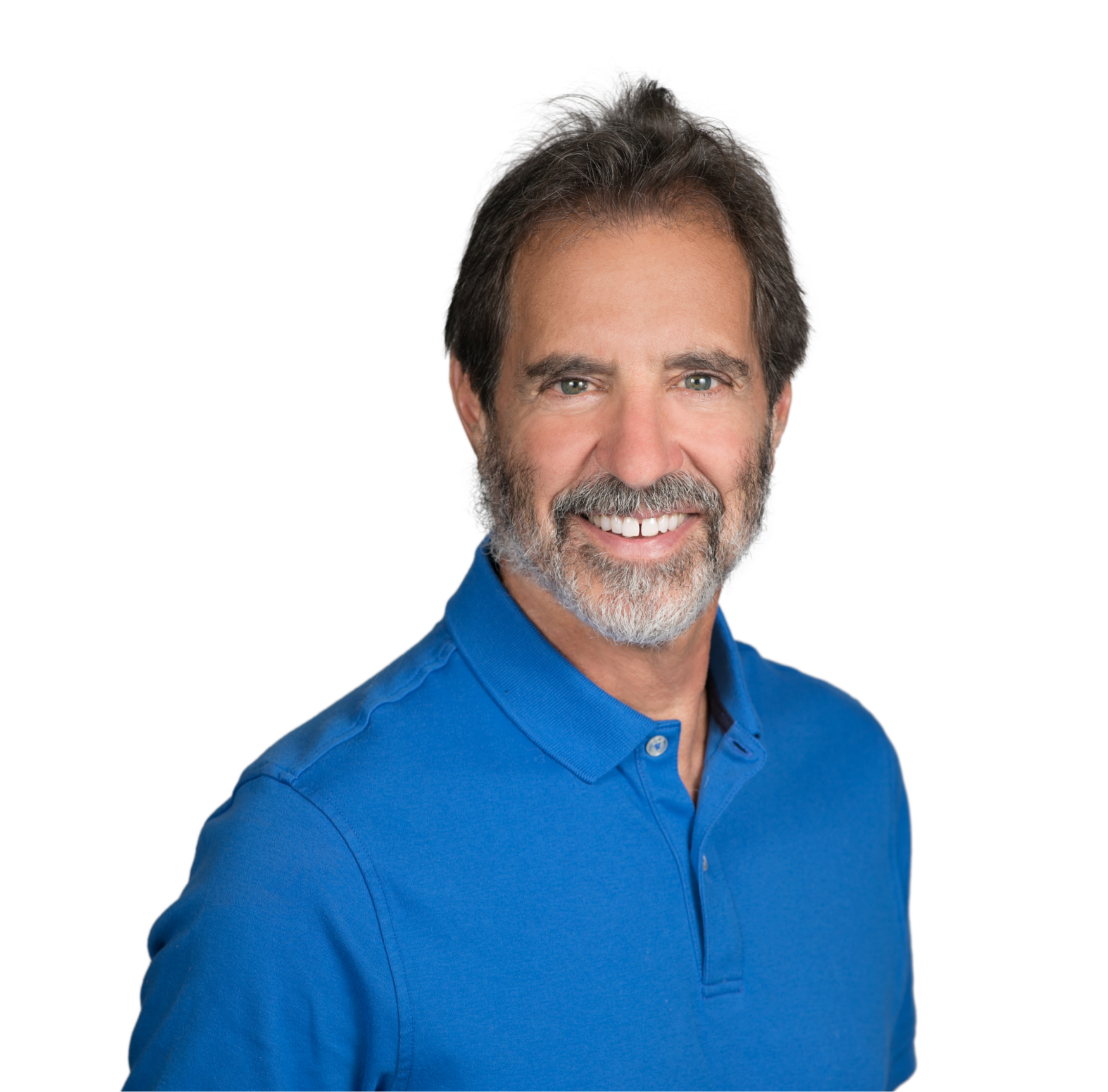 Howard’s research group specializes in interferometric radar remote sensing applications and technique development, as applied to studies of the Earth and solar system. Originally a microwave engineer, he built support equipment for the SEASAT satellite synthetic aperture radar and designed airborne radar systems. He later developed imaging radar polarimetry, a technique for measurement of the radar scattering matrix of a surface.
‍
He is a Fellow of the AGU, IEEE, and Electromagnetics Academy. He has served on a number of National Academy panels, mostly for the Space Studies Board, plus the Naval Studies Board Advanced Radar Technology Panel. He holds a joint appointment with the Department of Electrical Engineering at Stanford, where he serves as Associate Chair for admissions. 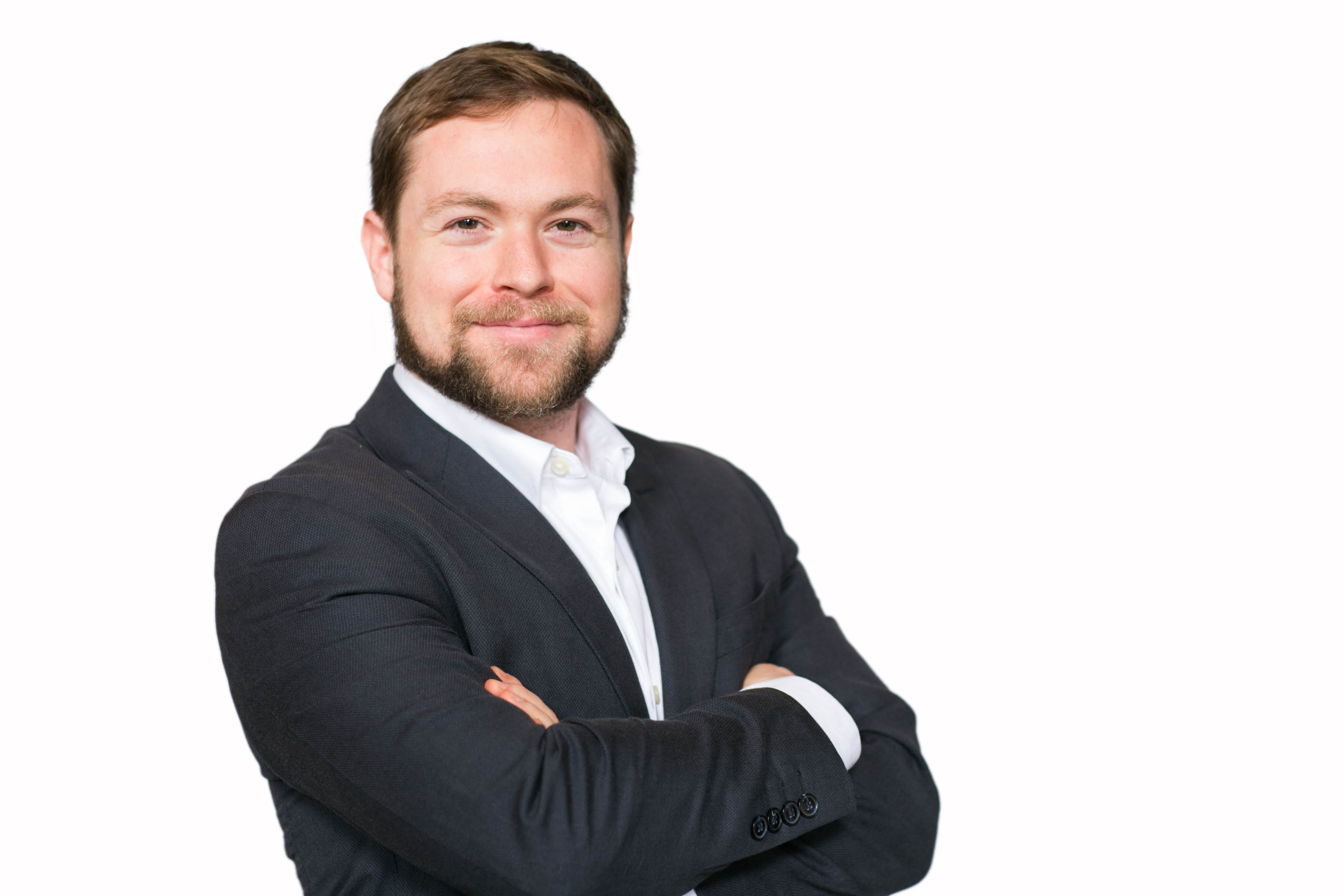 Timothy Harris, co-founder and CEO of Swift Navigation, is focused on building a world-class organization that will power the next generation of GPS-enabled autonomous vehicles and robots. A proven leader in the high-accuracy GPS industry, Tim leads teams that are excited to drive innovation and challenge each other to achieve visionary change. Prior to Swift, he worked in supply chain consulting for OR Soft Jaenicke GmbH in Halle, Germany, and in corporate finance for Emerge Digital Group, where he oversaw M&A and strategic partnerships for a digital media holding company. Tim holds a JD degree from Boston University and a BA degree from the University of California at Berkeley.

“General Radar will redefine the radar industry,” said Octave Ventures’ Michael Kim, who is joining General Radar’s board of directors. “The innovations it is bringing to market will significantly enhance the capabilities and reduce the cost of aerospace radar, while also opening up an exciting range of new commercial applications. We believe that General Radar is a company with a very compelling future.”
‍

“As ardent believers in the power and relevance of General Radar’s technology, Disruptive is thrilled to participate in this round. Now more than ever, we believe that General Radar’s innovations will empower the United States and its allies to address the most critical national security threats of the 21st century.” said Disruptive’s CEO Alex Davis.
‍

"From a venture investor perspective, there are 5 defining characteristics of the HardTech startups that we like to invest in:
‍